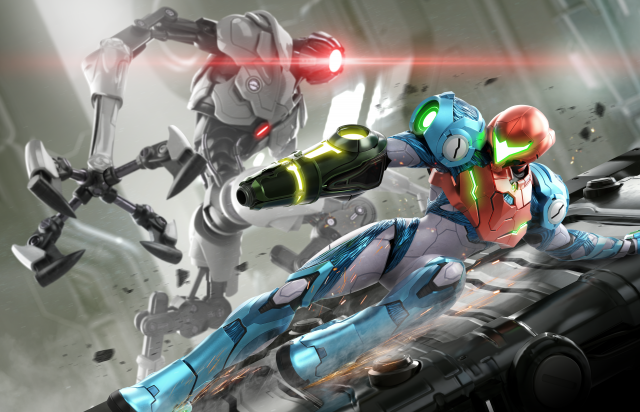 Nintendo isn’t always very forthcoming about the development of its games. The company’s design philosophies have been fairly well documented over the years, but those wanting to know more about the process that went into the creation of specific games are sometimes left without answers. That’s what makes this interview with Metroid-creator Yoshio Sakamoto so refreshing. You can watch it in its entirety in the below video.

As Sakamoto puts it, this is a game that he’d been wanting to make for a very long time. Metroid Dread was first announced via Game Informer back in 2005. For 15 years it has been MIA, with numerous false starts along the way. Apparently, technology has finally caught up to the team’s vision for what Dread should be and that’s why it’s now coming to Switch.

Sakamoto also elaborates a bit about how this is the last installment of the storyline between Samus and the nominal Metroids. What that means for the series going forward is anyone’s guess—the franchise is called Metroid, after all—but fans are arguably going to be more concerned with how Samus is portrayed in this game. As has been written about extensively since the 2010 launch of the oft maligned Metroid: Other M, that game did a terrible disservice to Samus’s character. It was the first series entry to feature a fully-voiced version of Samus, but throughout she was cast as timid, possessed by a heretofore un-glimpsed maternal obsession with Metroids, and a confounding desire to needlessly put every living creature on the Bottle Ship at risk (including herself) by refusing to utilize her full suite of weaponry until getting a big, ol’ thumbs-up from her old CO, Adam Malkovich.

Samus has been traditionally presented as a strong female warrior. No tears, no self-doubt. 3DS’s Metroid: Samus Returns did a wonderful job of reestablishing Samus’s proper self, but there’s a chance that the goodwill recovered by that game could be lost if Dread is mishandled. If Sakamoto is to succeed where Other M failed, he’ll have to tap into the Samus that he created way back on NES. Given that Mercury Steam is back on board for development duties (the studio’s work on Samus Returns was astounding), hopefully Other M will remain an anomaly. Metroid Dread launches October 8 for Nintendo Switch.