Skip to content
Hello, all! It’s Clare — coming to you this time for the last Wednesday in February rather than Tuesday. This month has mostly flown by for me. People told me that I’d be bored in my final year of law school, but how can I be bored when they’re keeping me so busy with work? I’ve got multiple actual clients and papers to write and exams to study for and jobs to apply for and just… it’s a lot! Anywho, on to the puzzle! 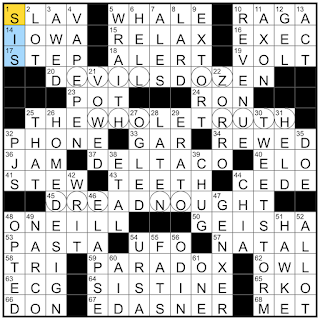 THEME: PARADOX (59A: Logical contradiction … or an aural hint to what are found in 20-, 25- and 45-Across) — Each theme answer has a “pair of docs” in the circled parts of the answer

The dreadnought was the predominant type of battleship in the early 20th century. The first of the kind, the Royal Navy’s HMS Dreadnought, had such an impact when launched in 1906 that similar battleships built after her were referred to as “dreadnoughts,” and earlier battleships became known as pre-dreadnoughts. Her design had two revolutionary features: an “all-big-gun” armament scheme, with an unprecedented number of heavy-calibre guns, and steam turbine propulsion. (Wiki)

If this is the type/quality of puzzle I get on a Wednesday, maybe I’ll just switch my official day of the month! I thoroughly enjoyed this puzzle. The theme (though I didn’t completely get it until after I solved the puzzle) was clever and fun.The whole puzzle felt clean and modern; the clues were creative. I’m not sure how else to say it — it was just a nice puzzle all around.

Each of the theme answers itself was good, and the added bit of having “doctors” within each answer was a really nice touch. My favorite has to be “Doctor” WHO, which is my favorite TV show of all time. (David Tennant, the 10th Doctor, is the absolute best; and the current Doctor, Jodie Whittaker, is likewise fantastic.) Dr. NO is one of my favorite Bond movies, so I enjoyed seeing this in the puzzle. Dr. OZ? Make that a NO; his pseudo-science strains credulity more often than what I see on the science fiction TV show “Doctor Who.” Still, that’s quite an impressive and diverse array of doctors.
Having WRAITH (5D: Spooky specter) and HELL (6D: Word spelled with “double hockey sticks”) cross DEVILS DOZEN (20A) was a great start to the puzzle (though I was sort of expecting a Halloween-esque spooky theme with that start). I also really liked the long downs — TWEET STORM (30D: Social media tirade), HOME DESIGN (26D: Subject for House Beautiful Magazine) and the full form of GEN XER (47D: Kid born in the ‘70s, say) are all nice and fresh.
In a puzzle that was so clean, only two things really stood out to me, neither of which is of much consequence, but I’ve got to put on my Rex hat and critique somewhere in here! First, DEL TACO (37A) isn’t really a competitor of Chipotle, is it? This might just be my take, as someone who is borderline obsessed with Chipotle, but I’m not sure I’ve ever heard these two compared before. Second, I disliked having ECG (63A: Heartbeat recording: Abbr.) in the puzzle; there’s no way in this kind of situation to know that it’s not EKG. Google helpfully tells me that ECG is the English abbreviation, while EKG is the German abbreviation, but in the many, many hours of Grey’s Anatomy I’ve watched, I’ve only ever heard EKG, hence my confusion. Luckily, NARCO coming down was pretty easy, so I knew to switch it to ECG.
My favorite part of the puzzle was definitely the clues. The constructor managed to clue some very typical crossword words in unusual ways, which I really appreciated. Probably my favorite was seeing 61A: Number of seasons played by baseball’s Seattle Pilots as ONE (61D). That’s just such a random — and interesting — clue. (After one season, the Pilots moved to Milwaukee and became the Brewers in 1970.) Then, having UFO (54D) clued as What Venus is sometimes mistaken for, due to its brightness was different. Same goes for PJS (32D: Togs for sawing logs?), TEETH (43A: Effectiveness of a law, metaphorically), ODIN (56D: Husband of Frigg, in Norse mythology), and ETAL (38D: Abbr. after the third co-author, perhaps). PHONE (32A: What’s answered but never asks a question, in a riddle) was also clued in a fun way.

I’m 99% convinced that this was a really great puzzle; the other 1% thinks that I’m just in an amazing mood because BTS just performed on “MTV Unplugged” and killed it beyond belief so everything feels right with the world. Because you need your regular dose of the best group on the entire planet, here is a song for your viewing pleasure:
And if, like me, you’re a big fan of the Coldplay song “Fix You,” here’s an extra-special treat that *gasp* is better than the original!
Signed, Clare Carroll, someone who briefly thought about becoming a doctor but who fainted in the ER on the first day of her internship. (My surgical mask was too tight!!)

Fill in a 4×4 multiplicative magic square 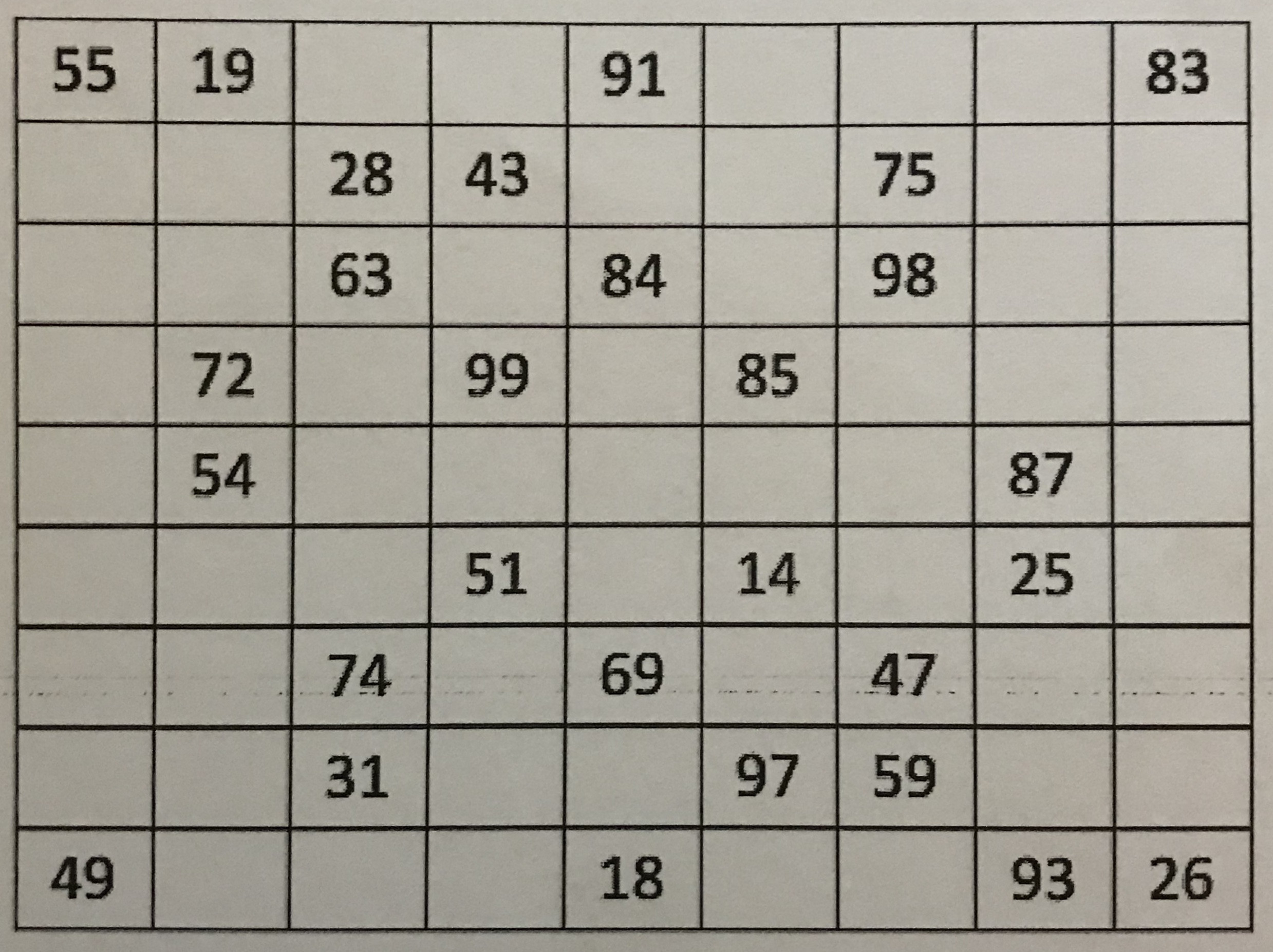