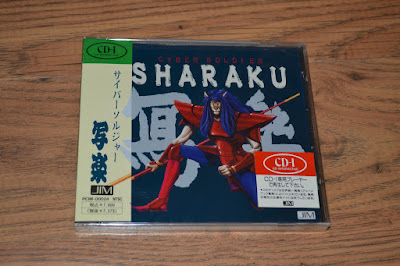 One of the more rare Japanese CD-i releases remains to be Cyber Soldier Sharaku, some kind of a visual novel on CD-i and which looks like Golgo 13, another very rare and yet unknown CD-i release, exclusively released in Japan. It’s a point and click adventure and a very limited and linear one at
that. There is no graphical user interface and during the game you have
very few options of what to do. Basically if what you’re doing doesn’t
advance you in the game than you would of already seen it. The
game-style is similar to “Kingdom: The Far Reaches” except that instead
of choosing your location on the map you make your way around by
choosing direction. What you can interact with while exploring is
basically limited to talking with NPCs but on a couple occasions you can
interact with items. 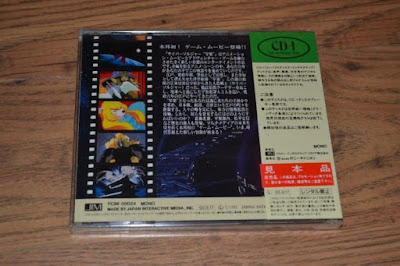 There are also boss battles where you have
multiple attacks to choose from by clicking on a specific area of the
bosses’ body. Basically to beat a boss you must select the correct
attack using the information you see on the computer at the very
beginning. However if you select the wrong attack the player won’t be
killed so you can always win by trial and error if you don’t know where
to hit. The game is an interesting one that is definitely worthy of a
playthrough. However it loses its entertainment value very quickly
because it is so linear. Therefore you should treat it as a curiosity,
if you play it expecting decent gameplay than you will be disappointed.
Because it’s one of the few games developed in and exclusive to Japan
that makes it one very interesting CD-i obscurity!
[Thanks, Anonymous]